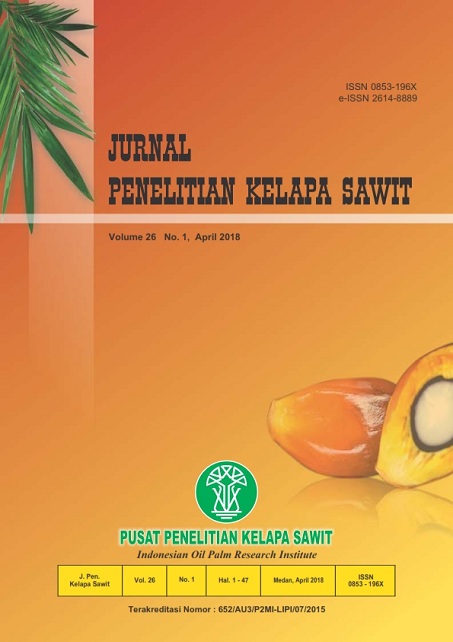 A study to compare amount of N, P, K, and Mg leached from fertilizers had been conducted. Leaching was measured using percolator tubes for six months. Subsoil of Inceptisol collected from an oil palm plantation in North Sumatra was used to fill the tube. Treatments were application of briquette compound fertilizer, granular compound fertilizer, and single fertilizer; all types of fertilizers contained equal amount of N, P, K, and Mg. The results showed that higher amount of leached N, P, and K were found under application of single fertilizers (urea, Triple Super Phosphate/TSP, and Muriate of Potash/MoP) than under briquette and granular compound fertilizer which had slow release characters. Furthermore, amount of leached P was much smaller than leached N, K, and Mg. Residual P from fertilizers after six months was about 99.9%. On the other hand, an intensive leaching of Mg occurred in this study so residual Mg in the end of study was only 25-35%. For N and K, the residual nutrients from fertilizers after six months were about 92-95%.