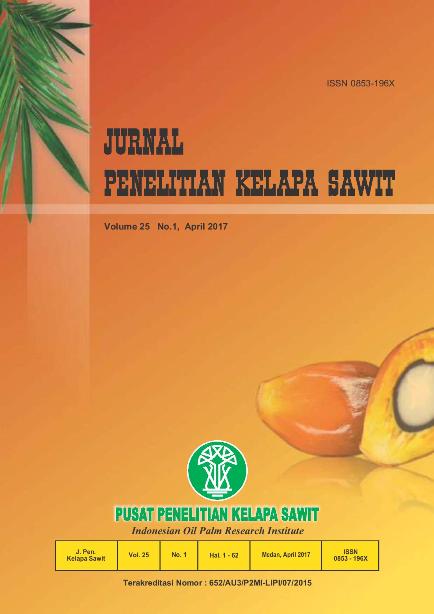 Oil palm seed is known to bring some pathogenic microbes and reduce the quality of seeds. Research aims to determine the effectiveness of fungicide active ingredients and later as a recommendation fungicide to control fungal isolates carried by oil palm seeds. Research were conducted in the Plant Protection laboratory, IOPRI business unit of Marihat, from April to October 2016. Research using descriptive analysis of seeds and seed health testing methods used consisted of visual observation of seeds and washing test. Seeds obtained from six production sites namely derpericarping, seed selection, first immersion, first winding, germination chamber, and distribution of germinated seed. The fungicides used consist of 39 different types of active ingredients. From the results of seed health testing there are three fungi carried by seeds that have been isolated, ie Aspergillus, Penicillium, and Mucor. These three fungi were further tested against 39 types of fungicides and the result there are 13 to 18 of fungicides that are effective to suppress the growth rate of the three fungi until the seventh day after the application.