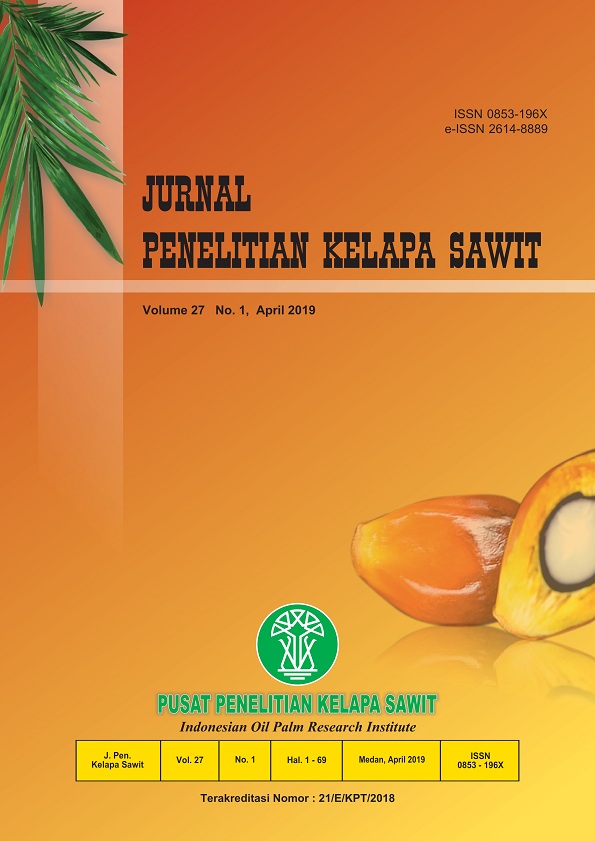 Oil palm (Elaeis guineensis Jacq.) is a plantation commodity that has an important role in various aspects of life in Indonesia, especially the domestic economy. This is supported by the increasing demand for world palm oil for food needs (edible oil), industrial (oleochemical), and alternative energy sources based on biodiesel. The development of the palm oil industry requires several efforts to achieve increased national productivity, one of which is the utilization of quality seeds supported by the availability of genetic resources (germplasm) that have a high level of genetic diversity. Efforts that can be made for the development of oil palm in Indonesia is through the characterization of oil palm intoduction from abroad. Considering this, further research on genetic distance analysis of palm oil accession introduced from Cameroon is based on morphological characters to produce parent elders that can produce heterosis properties.

Research conducted at Seed Garden of Adolina PTPN IV and laboratory analysis of plant material of Palm Oil Research Center located on Jl. Brigjen Katamso No. 5, Medan, North Sumatera, which lasted from December 2017 to February 2018. Single observations were made on 47 accession palm oil from Cameroon planted on December 2010 and ten trees from PPKS 540 variety for compare. Data analysis used was a description of the plant to know the character of plant morphology as well as genetic distance analysis. Analysis of genetic distance using PCA analysis and cluster analysis.

The results obtained are based on the results of PCA (Principal Component Analysis) reduce the observed character into six major components that have eigen value > 1 and able to explain the material diversity tested for 73.8%. Based on the cluster analysis obtained the genetic distance of 47 accessions of palm oil from Cameroon by 57%. It can be concluded that, when the genetic distance between accessions is further away, the larger the genetic variability between the observed characters. If the genetic diversity is wider the greater the chance for successful selection in increasing the desired gene frequency.