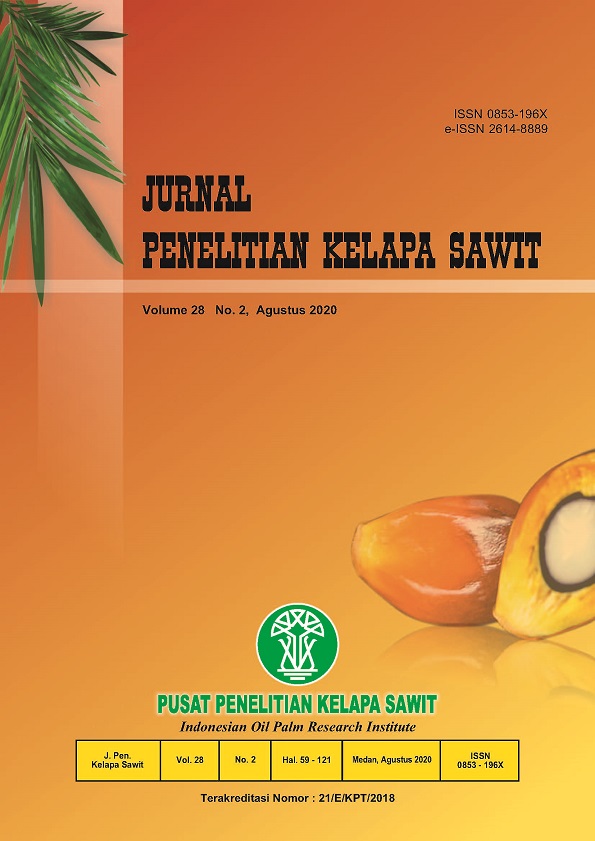 Low frond desiccation (LFD) on oil palm plantation has been a major issue, which often occurs on peatland. LFD is generally associated with a fluctuation of peatland water table that affects peat soil moisture, nutrients availability, and nutrients uptake by oil palm. This research aims to study LFD comprehensively, including causative factors and efforts to prevent or recover the LFD occurrence. The LFD study was carried out on peat oil palm plantation at Labuhan Batu, North Sumatra. The observations included fluctuations of the water table, soil moisture, soil chemical properties, leaf nutrient uptake, growth and production between normal and oil palm which had LFD. Results showed that the drastic alleviate of peatland water table at dry months induce soil moisture depletion, even made the peat dried. Peat drying condition alters a significant deflation of nutrient availability and nutrient uptake in the soil, thereby triggered LFD occurrence. The nutrient uptake of the plant with severe LFD was decreased with a range of 25-41% for macronutrients and 22-53% for micronutrients. Severe LFD inhibited the plant growth and significantly decreased yield. The downturn of production could reach 27% per year compared to normal plants. Oil palm with LFD was able to gradually recover with effective, continuous, and controlled water management through groundwater lever in the range of 40-60 cm in the plantation area.